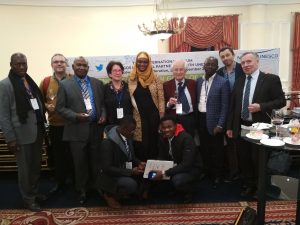 and 27 November 2018, 600 delegates from 51 countries participated in a symposium organized jointly by the Russian Academy of Sciences and the NGO Liaison Committee to UNESCO. This event, to which the WFSW contributed from its launch and throughout its preparation, was an opportunity for a confrontation between scientists, NGO members and diplomats on the impact and role of science and technological progress in society. The WFSW delegation was composed of 11 colleagues from 7 countries. Several speeches from our délégates were delivered there

There are no upcoming events at this time.